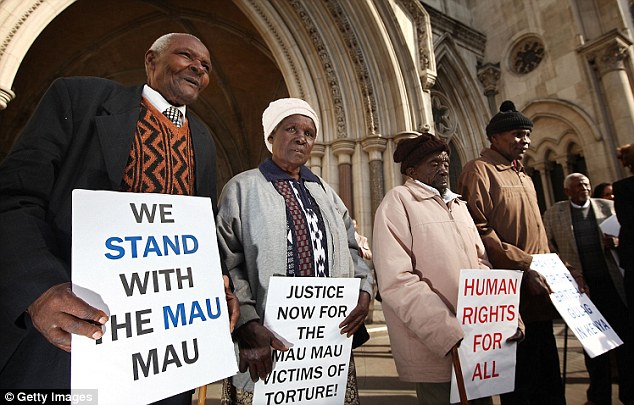 By Tom Leonard and Simon Tomlinson

Britain is being sued with France and the Netherlands by 14 Caribbean countries demanding what could be hundreds of billions of pounds in reparations for slavery. 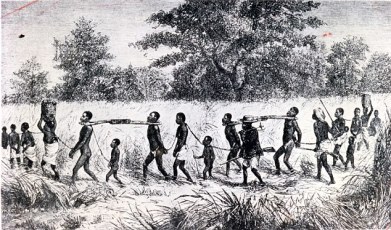 Legal action: Britain, France and the Netherlands are being sued by 14 Caribbean countries for what could be billions of pounds in reparations for slavery, illustrated here in this 1861 drawing of a chain gang

Around 175 years after Britain freed its last slaves in the West Indies, an alliance of Caribbean nations is demanding to be repaid for the ‘awful’, lingering legacy of the Atlantic slave trade.

Caricom, a group of 12 former British colonies together with the former French colony Haiti and the Dutch-held Suriname, believes the European governments should pay – and the UK in particular.

It has hired the British law firm Leigh Day, which recently won compensation for hundreds of Kenyans tortured by the British colonial government during the Mau Mau rebellion of the 1950s.

Caricom has not specified how much money they are seeking but senior officials have pointed out that Britain paid slave owners £20 million when it abolished slavery in 1834. That sum would be the equivalent of £200 billion today. 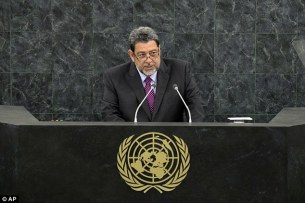 ‘Awful legacy’: In a speech at United Nations General Assembly last month (above), Prime Minister of Saint Vincent and the Grenadines, Ralph Gonsalves, said European nations must pay for the slave trade

In the United States, the idea of reparations has surfaced a number of times over the years, but have never been paid out.

At the end of the Civil War, around 400,000 acres of land in Florida, Georgia and South Carolina were taken from former slave owners and earmarked for freed slaves.

‘Britain will be at the forefront of this claim,’ says Day enthusiastically. ‘We undoubtedly face more claims than others because we were the primary colonial power in the Caribbean and primary operators of the slave trade’

Migration: A map shows the main transatlantic routes out of Africa during the slave trade from 1500-1900

A SORRY HISTORY THAT SHIPPED UP TO 60M AFRICANS INTO SLAVERY

It passed into Dutch and English hands and by the 18th century they shipped tens of thousands of Africans a year through ‘the door of no return’ onto squalid slave ships bound for plantations of the Americas.

European traders would sail to the west coast of Africa with manufactured goods which they exchanged for people captured by African traders.

The European merchants would then cross the Atlantic with ships full of slaves on the notorious ‘Middle Passage’.

Conditions were so torrid that many of the captors, who often had barely any space to move, did not survive the journey.

Those who made the voyage were destined to work on plantations that produced products such as sugar or tobacco for consumption back in Europe.

By the end of the 18th Century, campaigners called for the abolition of the trade, but this was fiercely opposed because it was so profitable.

After years of campaigning by anti-slavery activists like politician William Wilberforce, Britain banned the trade in slaves from Africa on March 25, 1807.

Slavery itself was not outlawed by Britain for another generation, in 1833, and the transatlantic trade continued under foreign flags for many years.

Some estimates say as many as 60million people were shipped into bondage. 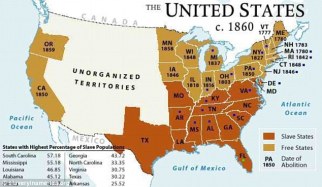 But the decision was reversed by President Andrew Johnson after President Abraham Lincoln’s assassination in 1865, it was noted by Al Jazeera America.

In 2008, Barack Obama said he did not support reparations to the descendants of slaves, going against the views of around two dozen members of Congress who sponsored legislation to create a commission on slavery.

In the same year, the House apologised for slavery, with the Senate following suit in 2009, but neither mentioned compensation.

In its lawsuit, Caricom claims slavery condemned the region to a poverty that still afflicts it today.

And they are comparing their demand to Germany recompensing Jewish people for the Holocaust and New Zealand compensating Maoris.

‘The awful legacy of these crimes against humanity ought to be repaired for the developmental benefit of our Caribbean societies and all our peoples,’ said Ralph Gonsalves, the prime minister of the tiny Saint Vincent and the Grenadines.
He called it a ‘historic wrong that has to be righted’.

Verene Shepherd, who is coordinating Jamaica’s demands for reparations, said their slave ancestors ‘got nothing’ when they were freed.

‘They got their freedom and they were told ‘Go develop yourselves’,’ she said.

Critics have pointed out that many of Caricom’s members are hardly poor – including millionaire havens such as the Bahamas and Barbados.

Prime minister Tony Blair expressed regret for the ‘unbearable suffering’ caused by Britain’s role in slavery in 2007 but made no mention of financial compensation.

Britain has said that paying reparations for slavery is the wrong way to address ‘an historical problem’. 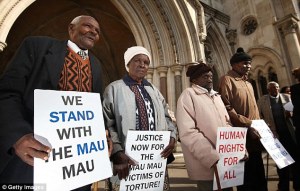 The scheme has been drawn up by British lawyer Martyn Day who pursued claims on behalf of Kenyan Mau Mau veterans, which resulted in payments to 5,228 survivors of £19.9¿million of British taxpayers’ money for their alleged suffering during the Fifties uprising against British rule

Caricom insists they are hoping to reach a settlement with the European countries and will only take legal action if talks collapse.

A Caricom reparations commission has been set up to work out should be paid and how much, led by Barbados historian Sir Hilary Beckles.

Sir Hilary says they are ‘focusing’ on Britain because it was the largest slave owner in the 1830s.

‘The British made the most money out of slavery and the slave trade – they got the lion’s share. And, importantly, they knew how to convert slave profits into industrial profits,’ he said.

Some Caricom countries already get financial aid from Britain and other Commonwealth countries.

Martyn Day, the British lawyer who is advising Caricom, told the Daily Mail he doubted it would affect their membership of the Commonwealth.

‘I know they are hoping they can resolve this amicably rather than having to take matters through the courts,’ he said.

He said: ‘Our advice has been that the Caribbean states should be claiming in relation to the impact of the slave trade on the Caribbean today rather than looking for reparations related to what happened to the slaves historically.’